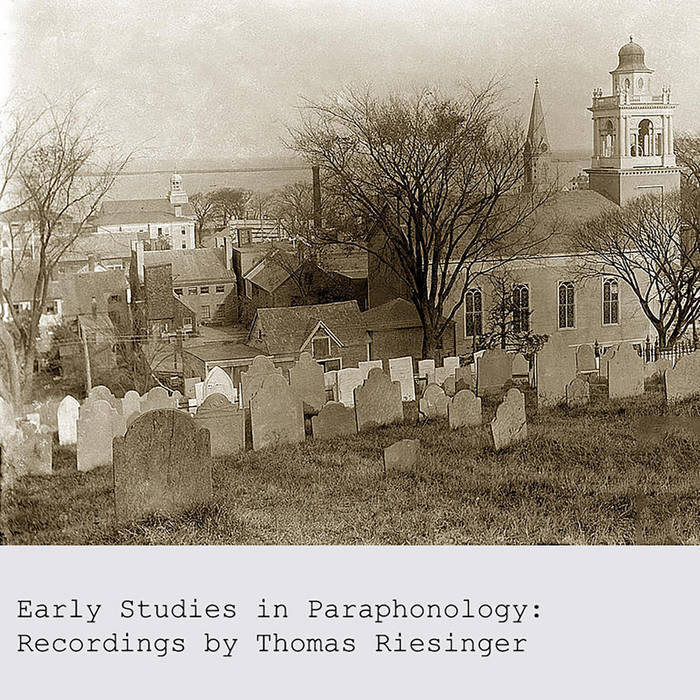 “Paraphonology” is the study of paranormal response to sound and music; paraphonetic experiments typically involve the use of ambient tones to communicate with the deceased — the intent being to invoke an apparition or otherwise super natural experience. "Early Studies in Paraphonology" is a record of compositions used in paraphonetic investigations directed by Thomas Riesinger dating between April 1972 to October 1973.

Thomas Riesinger was North America’s premier paraphonologist, pioneering many of the practice’s longstanding methods before his disappearance near the end of the 1970s; the bulk of his work, much like any detail of his whereabouts since the winter of 1978, is unheard.

released via neo-detritus in the fall of 2018. find us online at neodetrit.us